Somaliland National Youth Umbrella (SONYO) has organized long national consultative forum for policy reviews and action plans which specifically targeted the national policies of Employment, Health, and Education. This consultative forum was aimed to promote the integration of social accountability in those specific policies as well as encourage information dissemination to facilitate community-level engagement to nationwide policies which affect rights-holders.

Distinguished guests from the government and other stakeholders from the civil society as well as the concerned wider community have all participated the consultative forum. Among the keynote speakers were the Director-General of the Ministry of Employment, Mr. Abdirasheed Ibrahim, the Director-General of the Ministry of Health Development, Mr. Mohamed Hergeeye, and the Executive Director of SONYO, Mr. Abdihamid Omer.  These speeches notably signified the need for community engagement to the process of monitoring the government institutions mandated to implement targeted policies of Employment, Health and Education.

The Executive Director of SONYO Umbrella, Mr. Abdihamid Omer, gave the welcoming remarks as well as outlined the aims of the consultative forum. Mr. Abdihamid Omer has briefly illustrated how far this initiative of embedding social auditing to the services delivered by the government has come as well as shed the light on how such efforts will contribute to the government being accountable to its citizens.

““First of all, I would like to thank the participants who are with us today including; the DGs of Ministries of Employment, and Health. This consultative meeting is aimed to create social accountability at a community level. Under this project, we have established SAYCOF teams in all six regions to develop youth who are able to conduct social auditing on the government-funded projects as well as the national policies that directly impact citizens’ lives. These SAYCOF teams each have targeted significant project that were ongoing in their respective regions at the time.  SONYO has conducted consultative meetings in all six major regions which preceded this national consultative meeting we kick off today. In almost every meeting, community were given platform to actively validate the targeted policies as well as understand the concept of social accountability in an effort to create government accountable to its rights-holders.  In this national consultative meeting, we expect participants to make their input to this cause of getting social accountability integrated in the three national policies targeted.” Said Mr. Abdihamid Omer, SONYO Executive Director.

The Director-General of the Ministry of Employment who also spoke at the occasion praised the efforts led by SONYO and underlined the need for citizens to get themselves familiar with the government policies in order for social accountability to take place.

“I thank SONYO for their effort to embed such method of social accountability where the policies which have direct effect on the lives of citizens and that of youth in particular are monitored and audited at community-level. It’s crucially significant that citizens, particularly youth, are familiar with the various national policies existent. Among the policies are the National Internship Policy which we have started to tackle the issue of unemployment, the Anti-FGM policy which gives protection to our girls from these malicious practices, and the labor policy which forbids for girls working late at night. The public knowledge of such policies will not just improve their prioritization but also their deliverability.” Said Mr. Abdirasheed Ibrahim, Director-General of the Ministry of Employment.

The Director-General of the Ministry of Health Development has officially opened the long consultative forum. The Director referred to the achievements made by his Ministry so far as well as welcomed such efforts to consolidate the relationship between government agencies (service providers) and citizens (tax payers). 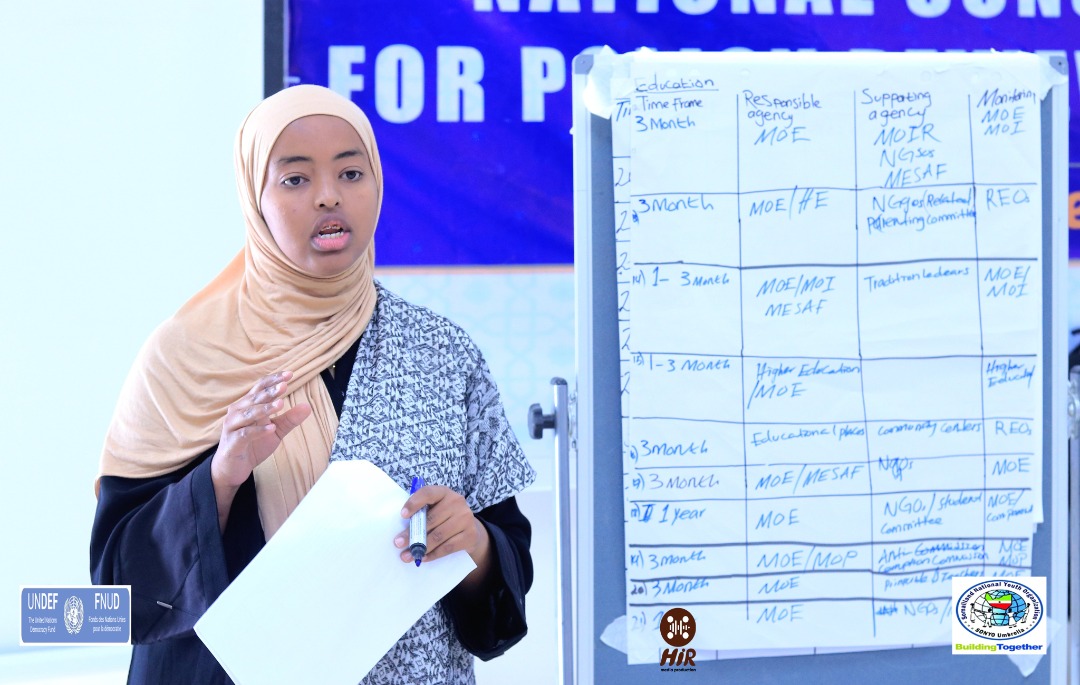 “The Ministry of Health plays an important role in employing more youth including one thousand youth skilled health professionals under the SHINE project. The policy of the ministry involves producing skilled young health professionals who will be trained on the health skills of practice which will, later on, contribute to improving our health services delivery and overall health sector enhancement. The ministry of health also encourages young people who have the capabilities to produce the essential materials for health safety. We are thrilled by the fact that our young people were capable to produce homemade face masks and sanitizers. I thank SONYO for amplifying and giving the platform for social accountability integration to national policies.  ” Mr. Mohamed Hergeeye.

All in all, gap analysis and validations followed the discussion where participants presented their findings on the targeted policies and the event was concluded.

This consultative forum comes under a project funded by United Nations Democracy Fund and implemented by SONYO. 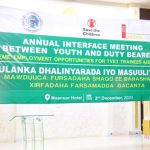 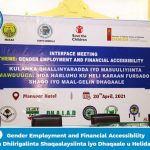